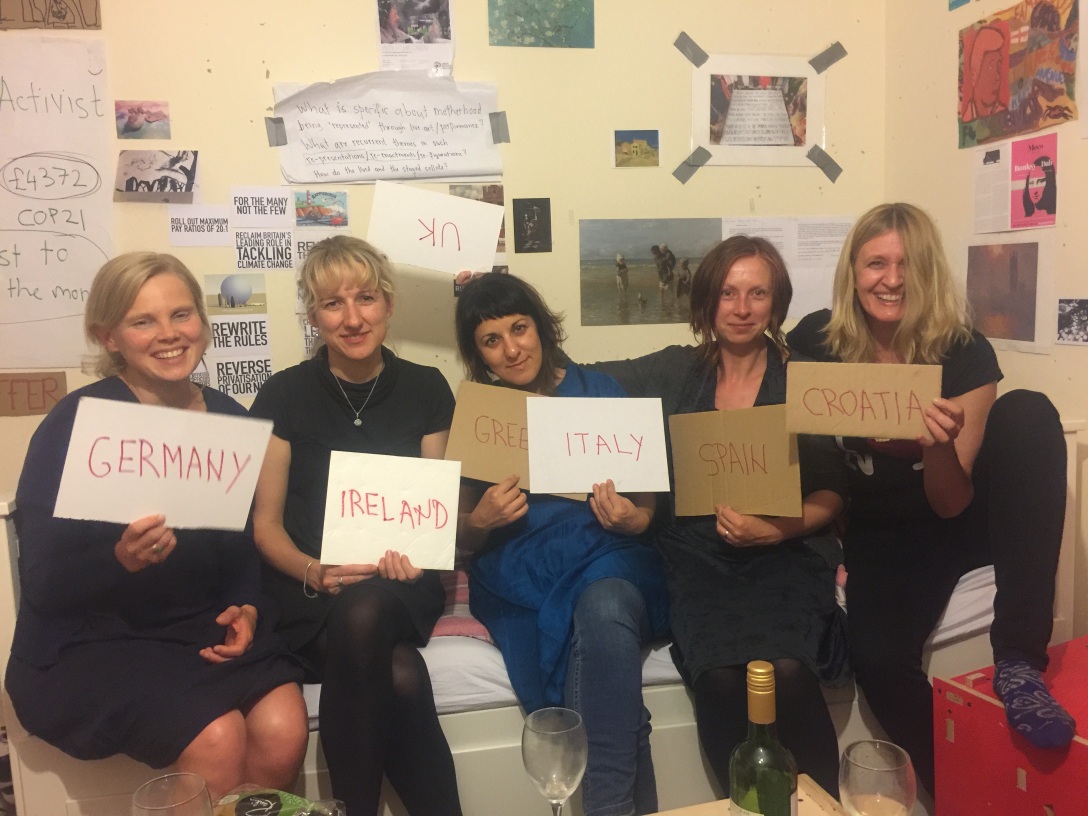 The Institute for the Art and Practice of Dissent at Home 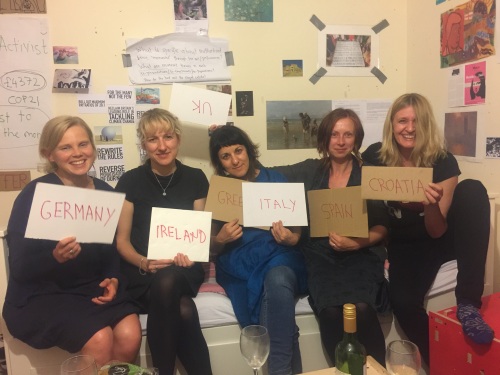 Women of Europe gathered Kathrin Wagner from Germany, Lena Šimić from Croatia, Lorena Rivero de Beer from Spain, Niamh Malone from Ireland, Zoe Zontou from Greece and Zoë Svendsen from the UK. Silvia Battista from Italy responded to the call for personal accounts by sending a performance poem. The gathering took place one year after the EU referendum on 23 June 2017.
The email invite was sent by Lena to ten women, all European foreigners in Liverpool and one UK citizen from Cambridge (who suggested we all meet again) following our meeting in June 2016 ‘Women of Europe’.

How different it feels to be here/now in June 2017. There’s hope, there’s change, there’s desire for something else…

I was expecting doom and gloom. Well, I wasn’t in my heart, as I was campaigning for Labour and been rather active with it, traveling to marginal seats and door-knocking and leafleting, and engaging in some artist interventions. But I was also expecting doom and gloom, ‘carnage’, as a friend of mine said. I got used to that post-election feeling, 2015, Brexit, Trump. I thought to email you all before the election in that space of not-knowing, but then being so busy with campaigning, I ran out of time…

I was in Boston last month, our other land, that place, which voted Brexit by 78%. See the attached photos.

Presenting in Glasgow in early June at Spaces of Exile conference, I spoke:

‘Just a few days ago, on 28 May, Bank Holiday Monday, I visited Boston. This was a quick off the motorway stop. This was an hour long visit for a good full English breakfast, served by a Polish waitress whilst her son sat on one of the tables, playing on iPad, really calm, really patient. The vilified Boston with its 78% leave record looked very common, with all the usual high street shops, deprived of its authenticity, cold and rainy. The city café, the only open café we managed to find, which wasn’t a chain, had its authenticity through the foreign worker with her son, sitting beside. Boston, the city ‘meshed with the other’, ‘the other’ foreign waitress, ‘meshed with the other’, her son. Can the maternal serve as a shortcut to understanding of our subjectivity as ‘being already meshed with the other’? Aren’t we always already contained and made by the other?’

I thought we could meet again, and talk otherness again, a year on from Brexit, and this new election result, with this new Labour hope. Where are you now, how do you feel?

How about Friday 23 June, a year on from the EU referendum? 7:30pm at the Institute? If you can make it, I would be delighted, and even more so, if you as last time, brought with you some European treats. Bring a European friend, if you want to.

RSVP. I will provide wine, bread and cheese.

Full documentation of the event is available here